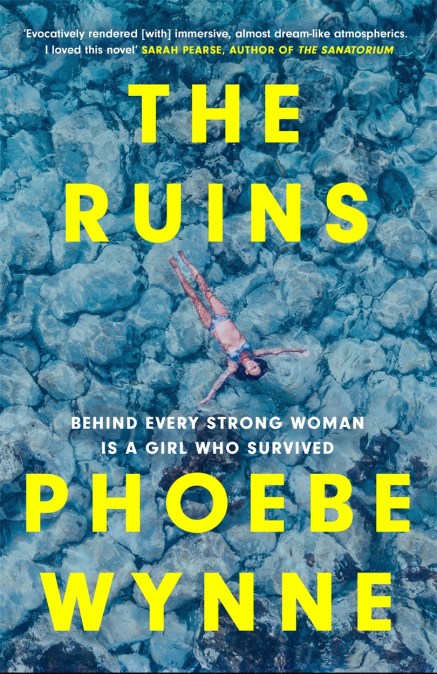 by Phoebe Wynne
‘I was completely transported by The Ruins. Phoebe Wynne has evocatively rendered a beautiful, doomed French chateau while creating immersive, almost dream-like atmospherics. I loved this novel’ SARAH PEARSE, bestselling author of The Sanatorium

Amidst the glamour of the French Riviera lies the crumbling façade of Chateau de Sètes, a small slice of France still held by the British aristocracy. But this long since abandoned chateau is now up for sale, and two people are desperate to get their hands on it despite its terrible history.

Summer, 1985: Ruby has stayed at the chateau with her family every summer of her twelve years. It was her favourite place to be, away from the strictures of her formal childhood, but this year uninvited guests have descended, and everything is about to change…

As the intense August heat cloaks the chateau, the adults within start to lose sight of themselves. Old disputes are thrown back and forth, tempers rise, morals loosen, and darkness begins to creep around them all. Ruby and her two young friends soon discover it is best not to be seen or heard as the summer spirals down to one fateful night and an incident that can never be undone…

Summer, 2010: One of the three young girls, now grown and newly widowed, returns to the chateau, and in her fight to free herself from its grip, she uncovers what truly happened that long, dark summer.

With riveting psychological complexity, The Ruins captures the glittering allure of the Mediterranean, and the dark shadows that wait beneath the surface. 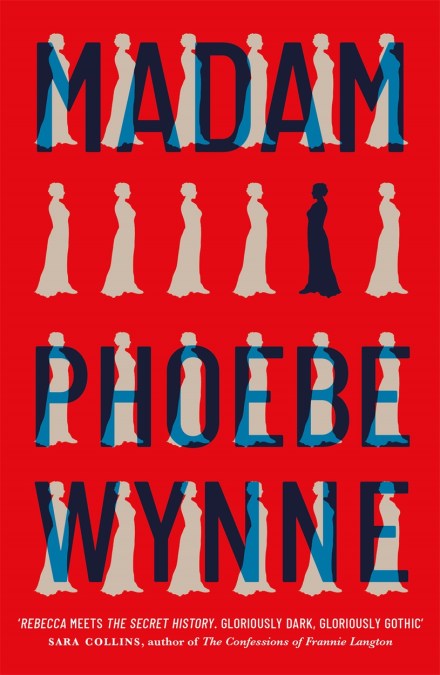 For 150 years, Caldonbrae Hall has loomed high above the Scottish cliffs as a beacon of excellence in the ancestral castle of Lord William Hope. A boarding school for girls, it promises that its pupils will emerge ‘resilient and ready to serve society’.

Into its illustrious midst steps Rose Christie, a 26-year-old Classics teacher and new head of department. Rose is overwhelmed by the institution: its arcane traditions, unrivalled prestige, and terrifyingly cool, vindictive students. Her classroom becomes her haven, where the stories of fearless women from ancient Greek and Roman history ignite the curiosity of the girls she teaches and, unknowingly, the suspicions of the powers that be.

But as Rose uncovers the darkness that beats at the very heart of Caldonbrae, the lines between myth and reality grow ever more blurred. It will be up to Rose – and the fierce young women she has come to love – to find a way to escape the fate the school has in store for them, before it is too late.

Perfect for fans of Margaret Atwood and Madeline Miller, Madam is a darkly feminist tale with an electrifying cast of heroines you won’t soon forget.
______________________
‘Imagine if Donna Tartt and Margaret Atwood got together to write a creepy, suspenseful novel . . . Brooding and unsettling, Wynne paints a gorgeous picture that only serves to camouflage the dark secrets she’s hidden within‘ – Chandler Baker, author of Whisper Network

‘The simmering menace and mystery kept me absolutely gripped . . . This was a smouldering slow burn of a novel that I could not put down‘ – Jennifer Saint, author of Ariadne

‘Strange, dark, and utterly consuming . . . I loved it‘ – Katie Lowe, author of The Furies

‘Chilling, eerie and very clever. I devoured it‘ – Polly Crosby, author of The Illustrated Child

‘A thrilling debut, reminiscent of Du Maurier. The narrative, written in precise prose with beautifully crafted characters, barrels along at pace, leaving us breathless at each twist and turn. A truly wonderful read’ – Nydia Hetherington, author of A Girl Made Of Air

‘I ripped through it and thoroughly enjoyed the ride . . . A highly entertaining and atmospheric read‘ – Kate Sawyer, author of The Stranding

‘Full of fire and light, written with a passionate intensity . . . Madam is a book that shimmers . . . It’s an extraordinary achievement‘ – Now and Fen blog 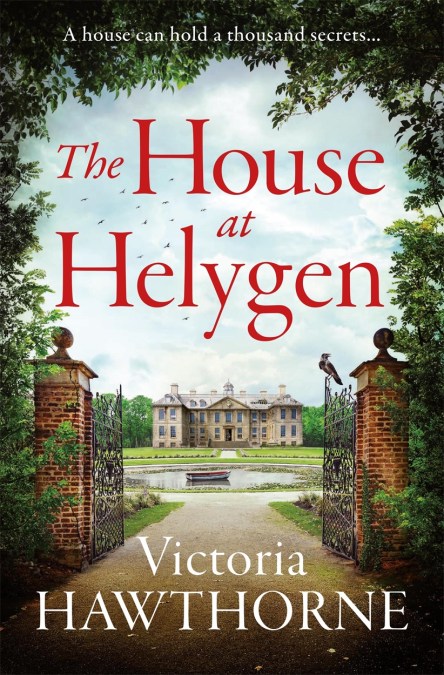 A HOUSE CAN HOLD A THOUSAND SECRETS . . .

When Henry Fox is found dead in his ancestral home in Cornwall, the police rule it a suicide, but his pregnant wife, Josie, believes it was murder. Desperate to make sense of Henry’s death she embarks on a quest to learn the truth, all under the watchful eyes of Henry’s overbearing mother. Josie soon finds herself wrestling against the dark history of Helygen House and ghosts from the past that refuse to stay buried.

New bride Eliza arrives at Helygen House with high hopes for her marriage. Yet when she meets her new mother-in-law, an icy and forbidding woman, her dreams of a new life are dashed. And when Eliza starts to hear voices in the walls of the house, she begins to fear for her sanity and her life.

Can Josie piece together the past to make sense of her present, or will the secrets of Helygen House and its inhabitants forever remain a mystery?

PRAISE FOR THE HOUSE AT HELYGEN