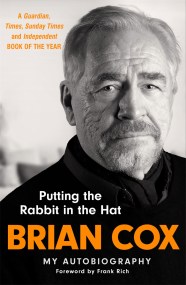 Putting the Rabbit in the Hat

The long-awaited memoir by movie and theatre legend, Brian Cox. A Guardian, Times, Sunday Times and Independent Book of the Year *Featuring a foreword by…