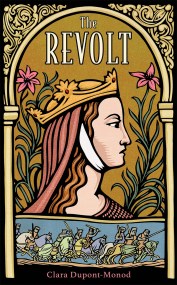 It is with a soft voice, full of menace, that our mother commands us to overthrow our father . . . Richard Lionheart tells the…