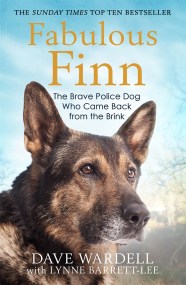 THE TOP TEN BESTSELLER: The Inspirational Life of Finn, Britain's Bravest Dog, Winner of the 2017 Daily Mirror Animal Hero of the Year Award and…