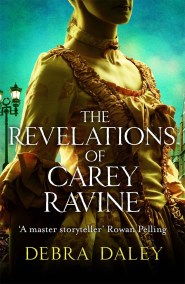 The Revelations of Carey Ravine

A beautiful historical mystery for fans of Sarah Waters, Amitav Ghosh's The Sea of Poppies, and Jamaica Inn. London in the 1770s is bursting with…