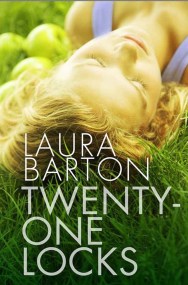 Jeannie is twenty years old and she's Lancashire's worst perfume girl. She works in her small town's department store, where all the other girls have…