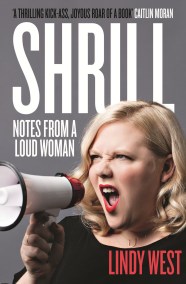 *CATCH THE TV ADAPTATION OF SHRILL ON BBC3 NOW* 'Women are told, from birth, that it's our job to be small: physically small, small in…