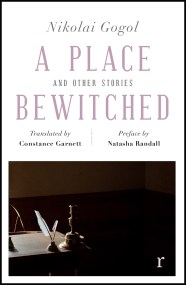 A Place Bewitched and Other Stories (riverrun editions)

A wounded solider vanishes into notoriety. A nose is found in a loaf of bread. Places - like the Nevesky Prospect - are not what…