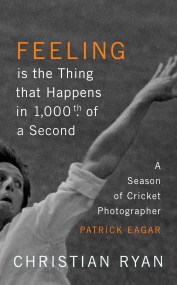 Feeling is the Thing that Happens in 1000th of a Second