THE MIND-BENDING NEW THRILLER FROM THE NO.1 BESTSELLING AUTHOR OF DEAR CHILD 'Hausmann's novel has the feel of a nightmare, unfolding at breakneck speed' SUNDAY… 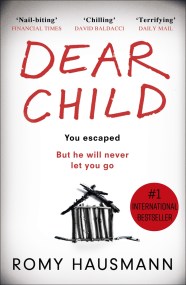 You escaped. But he will never let you go. Room meets Gone Girl in this page-turning, No.1 international bestseller A windowless shack in the woods.…