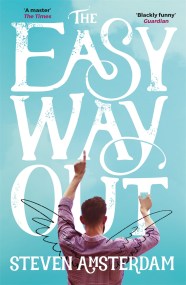 The Easy Way Out

EVAN IS A SUICIDE ASSISTANT. HIS JOB IS LEGAL - JUST. 'A poignant, sharply funny story that raises questions about life, death, and love' Louise…