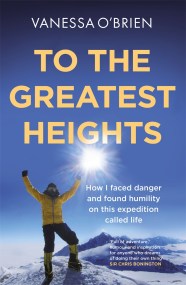 To the Greatest Heights

'What a wonderful, honest, refreshing book, full of free-spirited adventure, humour and profound thoughts to provide inspiration to anyone who simply dreams of getting out…