WE, THE OPPRESSORS is an eye-opening book about how societies are designed to support the status of those in power at the destructive expense of those without it. Read an exclusive extract from the start of the book below.

We do not think of ourselves as oppressive. Very few people are, at least deliberately. Of course, we there are times when we lose our temper and snap, we might put pressure on people to do what we want, we can be rude to family, friends, neighbours and service providers. We can say things behind someone’s back or online we’d never say to a person’s face. And when we do there is a tendency, a desire, to excuse this behaviour – it’s not us, it’s our situation, our emotion, we are tired, or under pressure It wasn’t us. We didn’t mean it. And time will pass. They’ll get over it.

Those of us in Western Europe or North America, until recently for the most part insulated from catastrophic natural disaster or violent political upheaval, see news about tragedies far away and think that it doesn’t apply to us, that we are not responsible for these things. We get up, we go to work, we drive our cars and eat our food and read our books. We rarely think too hard about the choices we’ve made in our lives, the systems which have granted these choices to us, nor about the reality that for literally billions of people in the world, the trappings of this lifestyle we so take for granted are precious, rare and too often out of reach. And we rarely think about how we, and our histories, nation and belief systems have contributed to the world being unbalanced in this way, about the privilege of our lives compared with others, how we might choose to change things, or why we should. It’s easier to turn the page, to change the channel, and to focus on anxieties closer to home and more immediate.

We think of oppressors as bad people: the people we read about or see on television; the violent and corrupt and racist and cruel people we learn about in histories of other countries and other people and places. Oppressors are cruel and deny people their rights, they imprison, torture and murder people and they do it for their own gain. They steal and cheat and kill. Maybe they enjoy it. We are not like them. Our families are not like them. Except that, without meaning to or realising it, we often are.

We are by and large not bad people – this book is not suggesting that we are. But we all, in complicated, historical ways, participate in systems which cause oppression and hurt, whether we recognise it or not. These systems are rooted in our histories, in our laws and in our behaviour, both the things we do and the things we tolerate. Even in developed democratic countries like Britain and the United States, with complex and long-established representative processes and codified legal systems, public education and social safety nets, our societies are designed, from top to bottom, to oppress some people for the benefit of others. And this has happened not, or at least not just, through the self-interest, corruption and cruelty of some – though that inevitably plays a part – but because we all want it to work that way. The reason we do so is that the alternative – what we fear will happen if we do not oppress, and accept oppression in turn – can be terrifying.

I have spent my career trying to understand oppression – the processes by which one set of people dominate and control others for their own benefit. My expertise is in the European colonisation of the Americas, which took the form of a rolling genocide enacted by many tens of thousands of people, very few of whom thought of themselves as bad people, pursued over generations and stretching far beyond famous military encounters like the Battle of the Greasy Grass (known to its losers as Little Big Horn), as we will find out in Chapter Six. It reached into every aspect of life for the oppressed, disrupting their economic, social, medical, cultural and political lives beyond the point that they were able to resist or organise against the invading settlers. It stretched from those first violent encounters in the Caribbean when Columbus raped and slaved his way into the “New” World, right up to modern media like the Twilight series, which co-opts serious and sacred traditional stories into fantasies of sparkly vampires and sexy wolf boys, all masking the reality of endemic social problems directly stemming from their violent history, none of which are more terrible than the frequency with which Native women and girls die violently and disappear, to widespread official disinterest.

I have worked with Native American communities throughout my academic career, and have seen the generational, lasting effects that this ancestral experience of oppression has had and continues to have on their families, relationships and sense of identity. I have in the course of this work come to confront some of my own behaviour as oppressive and to more generally recognise the broader responsibility within in nations and institutions for trajectories of oppression historic and recent. To illustrate this acknowledgment, this book selects historical case studies, some drawn from my own research, and some from the work and experiences of others, to create a structured narrative which seeks to explain not only how oppression operates, by the way it reverberates through history. These case studies come from around the world and across the last century and a half, but with a stronger focus on Europe and North America, whose vast economic, military and colonial power has and continues to shape and perhaps warp, world history.

Oppression itself isn’t a process that is difficult to understand; it’s a state in which one person or group uses any method at their disposal to restrict the freedom of another in order to extract something from them. Where it gets more nuanced is to recognise that most oppression happens within systems which continue, facilitate, and justify it via the contributions large numbers of well-meaning people, those who do not seem bad and do not think of themselves as bad or oppressive. Though these systems are directed by leaders and institutions who make individual decisions, they are established and maintained by networks of millions of ordinary people, working together to enforce the systems which oppress for their own gain, and however we might justify their existence, for the oppressed these systems are conspicuously and deliberately unjust, unfair, and cruel.

In reading the histories this book contains you must remember one thing above all others – these are people just like us. The Mexicans abandoned to horror on a desert island; the Venezuelan villagers burned in the streets below Fort Maraicaibo; the Schuar who watched their children beheaded for profit; starving Chinese farmers dying on the roadsides; the Kenyans taken from their homes and tortured; the Native Americans forced to earn a living dancing in mockeries of their sacred regalia for tourists; the taxi driver beaten to death by the police in his Belfast home; African-Americans dying uncared for in ghettos at the centres of the richest cities on Earth has ever seen. All of them, every single one, was or is a person just like you. Loving and loved, hoping and hoped for, connected to networks of care and affection, imperfect and determined to wish for a better world for their children. Part of the historian’s burden writing of such things is to take centuries of horror, grief and cruelty and distil it into some format palatable to a reader, an account interesting enough to keep you on the page, but shorn of all but the blandest accounting for those overwhelming moments of loss, terror and betrayal which came for them at the hands of oppressive forces, against which there was little they could have done to resist. Narrative history loses so much of this emotion; it is a vast memory hole from which only flutters of information emerge, to be read and interpreted and reinterpreted by the generations which follow, and in which too often the individuals are submerged by the whole.

This book will discuss oppression by using these historical examples to illustrate the key components through which society creates and sustains oppressive systems, including economic, ecological, racial, gender-based and military oppression. Some of these stories are little known and even less well understood – they are the stories of people and places we do not think about very often, and rarely learn of in school. Others have played out right before our eyes over the last decade, stories we all know and on which we have opinions, and which are rooted in systems in which we all participate, and need to better understand. Together they illustrate the layers of systematic, often insidious oppression which make up the world today, and reflect the choices of people just like us to participate in them. Though oppression is as old as humanity itself, these historical examples are all relatively recent, designed to complement and build on one another to demonstrate how oppressive systems have developed over the last century and a half. They focus on the complicity of societies in Britain and the United States which generally think of themselves as free, fair and good, and the effects that this complicity leads to.

Change can only occur when we are self-aware, it is only when we’ve learned about our own inherited and taught oppressions that we can try to take steps, small at first and growing in potency over time, to reduce the harmful impact that oppression has on others.

To do this requires fundamentally rethinking crucial aspects of our communities and ourselves – our own actions, both collective and individual, our own assumptions and our own histories – in ways that can be painful. It is tempting, when shown complicity in things we did not comprehend, intend or understand, to look away, to pretend that those things are not happening, that they are not too bad, that we can minimise or justify the hurt and the pain which results, to say that it has nothing to do with us. But that is what we have done as a society for far too long – looking away is how those who exploit these systems of oppression for personal gain have been able to prosper and how those systems and the lies on which they are built have endured. Reading this book should teach you not to look away any more. 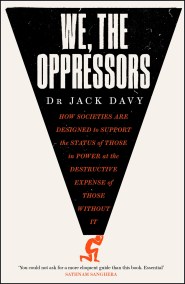 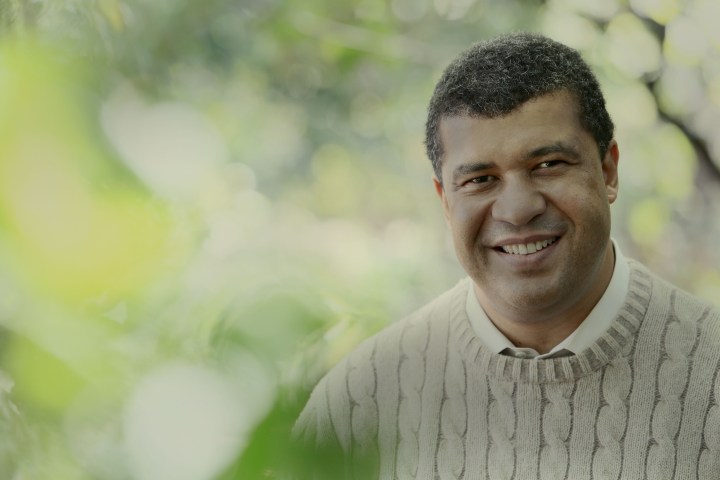 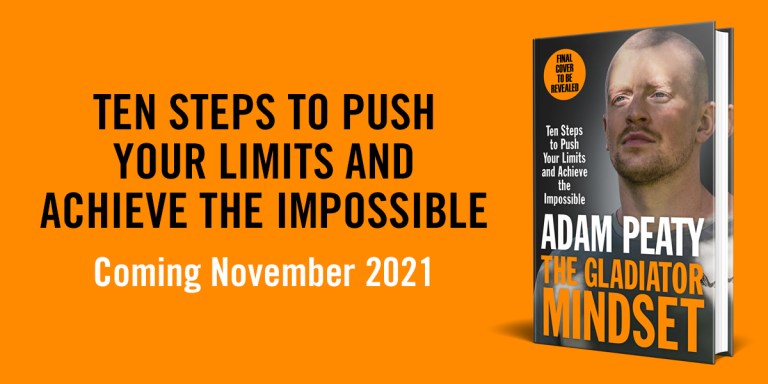 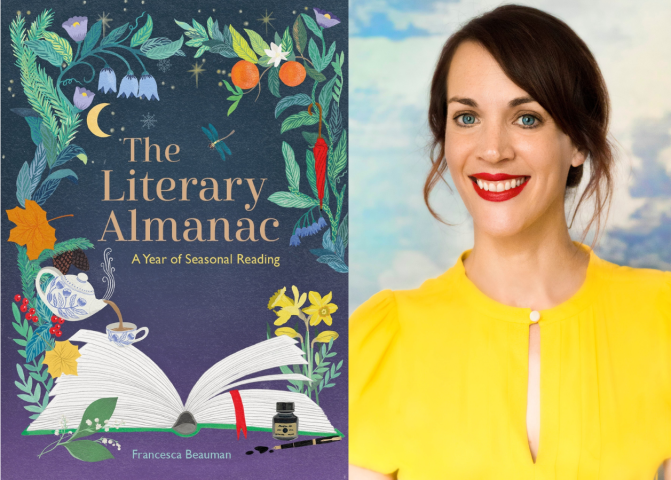 Greenfinch to publish The Literary Almanac 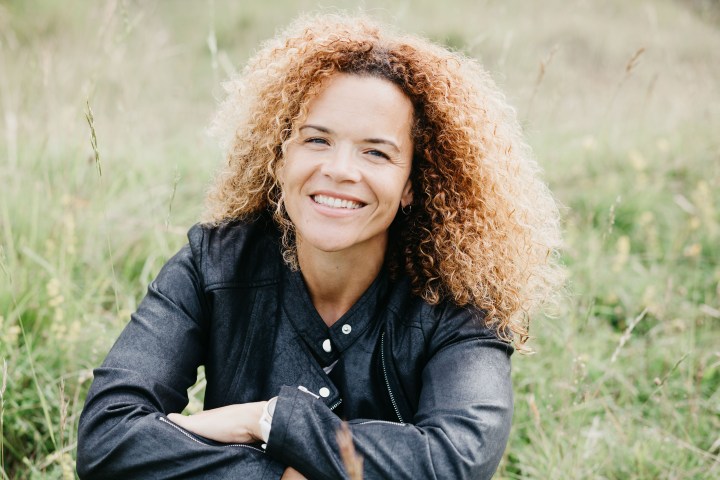