Fabulous . . . Clever, pacey, compulsive
Sunday Mirror
Refreshing and... full of twists
The Express
Spain's blackly comic touch pulls us through a brilliantly dark tale
Daily Mail
A brilliantly dark tale
Mail on Sunday
A clever and unusual premise . . . punchy and energetic . . . a brilliant hook and rapid-fire ride
Irish Independent
Brilliantly crafted . . . each piece of the puzzle is gradually put together and keeps you gripped until the end
Prima
A scathing overview of the Celtic Tiger years . . . [a] vivid portrait of a fascinating monster
Irish Times
This gripping novel is more of a whydunnit than a whodunnit
Best
A contender for the most arresting opening paragraph of the year . . . This is crime fiction for grown-ups, taking its time to explore the ins and outs of human psychology
Sunday Express
An intriguing Rubik's Cube of a book that kept me turning the pages to get to the truth. So well plotted and beautifully written. I absolutely loved it
Liz Nugent, author of Unravelling Oliver
A clever novel . . . gradually exposing a chilling history of dysfunctional families
Sunday Times
I can't praise The Confession enough. Brilliant writing, great story . . . a really cracking read
BA Paris, author of Behind Closed Doors and Bring Me Back
A clever novel . . . gradually exposing a chilling history of dysfunctional families
Sunday Times
A dizzying tale of lives falling apart that has you addicted from the very first page. I found it impossible to put down, so desperate was I to get to the truth
Michelle Frances, author of The Girlfriend
Enthralling - Spain dissects her characters' secrets with razor-sharp precision
JP Delaney, author of The Girl Before
Here is my confession: I've never read Jo Spain before but now I'll be buying all of her books. The Confession is brutal and brilliant
Fiona Cummins, author of Rattle
The Confession is jaw-dropping. Clever. Addictive. Beautifully drawn characters. Masterful storytelling
Chris Whitaker, author of Tall Oaks
Loved it! Fabulous characters, superbly written, twists, turns & ends with a punch
Amanda Jennings, author of In Her Wake
An absolute cracker of a book, compulsive, deviously plotted and intense - I will be recommending this to everyone
Elizabeth Haynes, author of Into the Darkest Corner
Jo Spain is such a talent. The Confession had me in its thrall from the first page, revealing the dark side of the Celtic Tiger
Sarah Ward, author of In Bitter Chill
I loved this twisty slice of domestic noir
Claire McGowan, author of Blood Tide
A stunning read, and Jo's protagonist has very firmly planted himself as a leading Irish fictional detective
Woman's Way
Engrossing
Sunday Times
Takes a sharp look at Ireland's wealth divide and questions just how tolerant of difference Irish society really is
Irish Independent 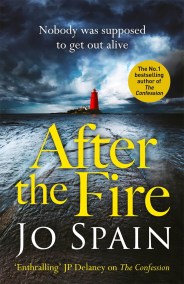 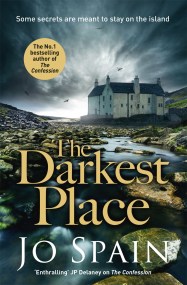 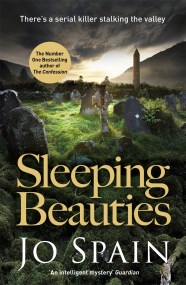 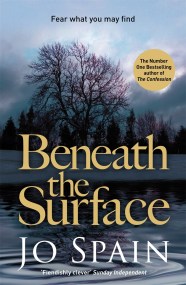 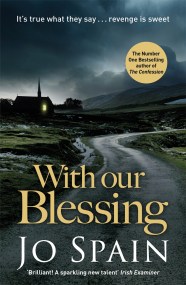